Taming the forces of nature 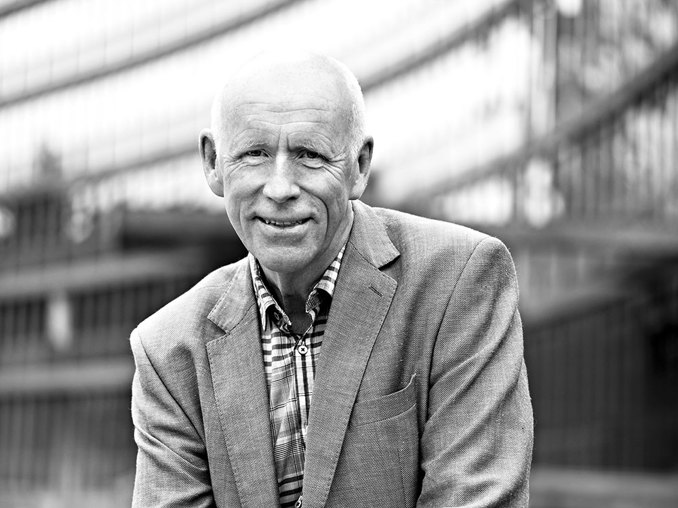 Per Sanderud, director general of the Norwegian Water Resources and Energy Directorate (NVE), has a clear message: "Weather will be wilder, warmer and wetter. Climate changes are apparent. We need a completely different extreme weather preparedness now than in the past," he says. He and the NVE are also using their expertise to help other countries establish preparedness against floods, rock and landslides and avalanches.

Per Sanderud is interviewed by SVP Corporate Communication Bente Engesland

Per Sanderud grew up in the Norwegian town of Hamar, on the banks of Lake Mjøsa, Norway's largest lake. He is used to water. He has been the director general of the Norwegian Water Resources and Energy Directorate (NVE) since 2011, a unique government administration agency compared with similar entities in other countries.

"Water forms a blue thread in everything NVE does," he says. "Norway's energy supply is based on water. So more rain and more extreme weather have a ripple effect. The power utility companies, the roads administration and railways, everyone is impacted. More and heavier rain in the years ahead will increase the risk of natural damage."

Climate change has made NVE a hot topic, and Sanderud has noticed the change. There is more interest and more pressure. More than 100 hydrologists analyse and monitor each minute of the day. NVE's assessments and forecasts are in demand, both at home and abroad.

In recent years, we have seen major incidents involving extreme weather across the globe. We remember the violent and destructive Hurricane Sandy in New York. Tropical cyclone Haiyan in the Philippines. This year's flood in the UK and the wettest winter there since the 1800s. Snow in Tokyo, more than in 45 years. Do you have any lessons for the authorities in other countries?

"We contribute in many places because of our long experience and our expertise. On behalf of the Norwegian Agency for Development Cooperation (NORAD), we are present in 15 countries. In Myanmar, we are working with connecting the preparedness organisation and the power companies. We are present in Bhutan in the Himalayas and many African countries, such as Liberia, Mozambique and Tanzania, as well as in Asia, in the Philippines. Statkraft is present here as well, and we believe that investors will benefit from improved framework in the countries in which you invest. NVE develops models and water profiles that make it easier for authorities to plan and regulate. This is exciting and important work!"

Sanderud believes the global climate changes will characterise NVE's activities more and more. Whether it is increase political pressure for an international climate agreement, we are talking a very long-term perspective even though businesses are spearheading the green shift.

How does this affect your work?

"In NVE, we are working more and more with the Norwegian Metrological Institute and the Bjerknes Centre for Climate Research. We follow temperature changes more closely – and we expect milder winters. With more precipitation, we will see more floods, slides, avalanches, and erosion. For you, and other power producers, it is essential that we have this insight. I think the biggest changes we will see in Norway will be in the north. We are seeing stronger winds, and are noticing the risks which increase disruptions in the power grid."

Society and we as consumers are also increasingly vulnerable to power disruptions. We cannot afford blackouts!

"No, blackouts in modern society can be fairly dramatic. My worst experience as head of the NVE was storm Dagmar in Western Norway in 2011. In the middle of Christmas, almost 1.2 million Norwegians intermittently lost electricity. Dagmar also reminded us that powerful gusts could cause trees to fall over more easily. There is a lot to think about when preparing, but then again, we cannot prepare for all possible incidents in nature."

Our talk returns to risk and crises. During a major crisis, Statkraft will be a part of NVE's crisis organisation. We share some challenges.

In Statkraft, we have strengthened our preparedness organisation in recent years. This summer, several of us in the group crisis team were pulled from our summer bliss when the Norwegian Police Security Service (PST) issued a warning of a possible terrorist threat against Norway. This threat did not materialise into any actions, but we were reminded that the world has become increasingly unstable. What did you in NVE think and do?

"Yes, there is a greater risk of instability. I followed the situation on a daily basis while the threat level was elevated, and we conducted thorough analyses of the extent of which NVE and the energy sector could be affected, although we do not have nuclear power in Norway. It is important to get on top of it from the very start. Particularly, I focused on the risk of computer crimes that can target the petroleum and energy sectors. We store a lot of sensitive information now, and everything is digital. We must be ready to handle several types of emergencies."

As leaders, we also need to operate in a more complex environment than before. There is increased globalisation, the pace has quickened, and there are strict performance requirements. You have extensive experience at top-level management, and you are now at the helm of a key organisation in Norway. What is most important to you as a top executive?

"A manager has to lead big, not micromanage. I also think it is very important to stimulate others to do a good job. My co-workers need my trust! Trust is everything. I also think it is important that managers be in the thick of it from time to time. Part of what drives me is to understand the issues and their content. It is stimulating."

Statkraft has a significant position as Europe's leading producer of renewable energy, and is expanding its activities in many countries outside Europe. What are your views on our role?

"Statkraft is a very important contributor to preventing climate change, and for securing more renewable energy for the world. We cannot keep the two-degree target by just becoming more energy efficient. We need more renewable energy. I believe Statkraft contributes with solid experience and expertise, which also benefits other markets and countries."

At the same time, we have an energy surplus in the Nordic region, and there is a risk of over-investing. What is your perspective on wind power development plans in Norway?

"NVE, as the regulatory authority, is technology-neutral. Until now, hydropower has been cheaper in Norway. However, we are processing an increasing number of license applications for wind power developments, while there is a lack of willingness to invest. I am a great believer in more wind power in Norway. The Fosen/Snillfjord project could be significant. It is important to invest in Norwegian wind power to increase expertise as well. The Swedes are way ahead of us on this. They have realised how important it is to industrialise this focus. I am fully aware that there are different framework conditions in Norway and Sweden. However, more wind power would be good to balance the picture. I am an optimist and a firm believer in a more international and flexible energy market!"

The NVE director general is also an optimist at heart. He enjoys cross-country skiing and biking. Not too long ago, he went for a long ride in the forest around Oslo. Suddenly he had a flat tire. But who appeared to help with the problem? None other than eight people on the Statkraft company bike team.

They had all the equipment he needed to fix his bike, and even pumped up the tire. A little luck goes a long way.