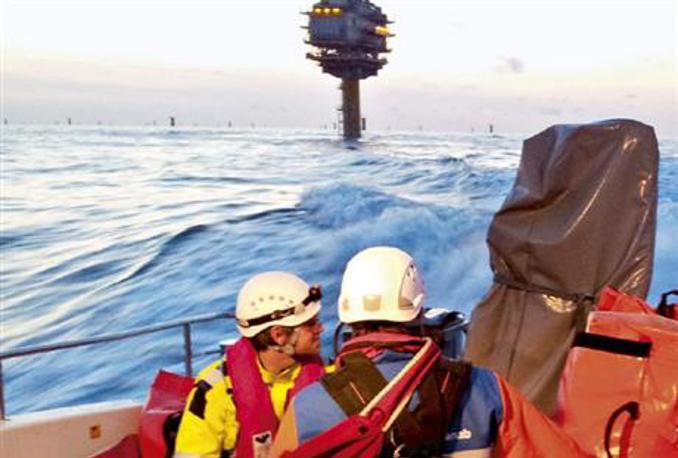 The first kilowatt hour from the offshore wind farm at Sheringham Shoal has been delivered to the UK grid. The wind farm will be completed next year.

Out at sea, off the coast of Norfolk, England, the contours of Statkraft and Statouil’s new major initiative is rising from the sea. The first of a total of 88 wind energy turbines that will form the Sheringham Shoal Offshore Wind Farm was lifted in place this summer, and the first power delivery has already been made. For Statkraft, this marks the dawning of a new era.

“Sheringham Shoal is in many ways Statkraft’s first sea voyage,” says Simen Elvestad, project manager for Statkraft’s stake in Sheringham Shoal. “Marine operations were something we have never had to handle before. The learning curve has been very steep. We are in the process of acquiring very valuable offshore expertise.”

The offshore wind farm now being developed off the coastal village of Sheringham is a purely Norwegian venture between Statoil and Statkraft. Statoil heads the development, but the two companies own equal stakes in the joint venture Scira Offshore Energy Limited.

“Statoil contributes offshore experience, while we bring our expertise on renewable energy to the table,” Elvestad says. But we also have a goal to learn more about marine operations, which we can us in our further initiativesnin offshore wind.”

The first energy delivery is an important milestone for Statkraft – for several reasons. When the energy production starts, Statkraft assumes several active roles – in addition to being the owner. The central control room at Rheidol, Wales, handles the control room service function for the offshore wind farm, and Statkraft’s Düsseldorf branch provides production forecasts and reporting to the energy exchange and the balancing authority.