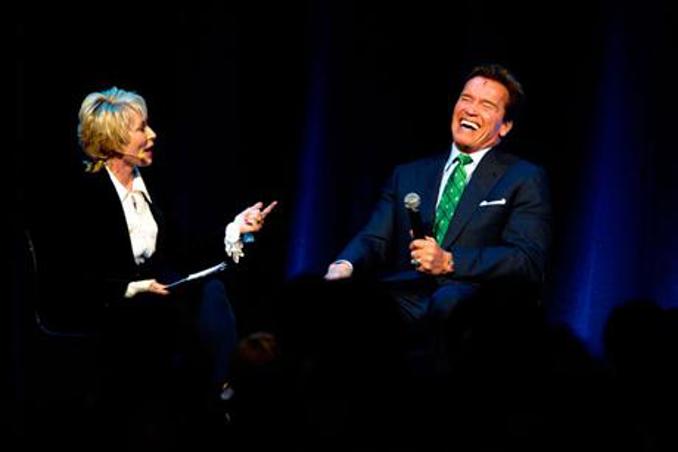 - I like that you have hydro power plants across the country, says Arnold Schwarzenegger.- And that 99 percent of electricity comes from renewable energy. You have reason to be proud of yourselves.
The world-famous 64-year-old came straight from the film set to the climate conference ZERO11, with seven stitches in his forehead. It was obvious that he had done his homework. He praised the Norwegian politicians for having accelerated plans to be carbon neutral from 2050 to 2030, he said Oslo's environmentally friendly street lighting was an example for all major cities - and he was thus impressed with the renewable country Norway.

But what about the fact that we are also a major exporter of oil and gas, he was questioned after his lecture.
"Had you not sold the oil and gas, someone else would do it," Schwarsenegger answered. "The need is there anyway. But you use many of the billions to invest in renewable energy, including countries in the poorer part of the world. There is also something I have great appreciation for."
Communications Director Bente E. Engesland interviewed Schwarzenegger after his speech. What he did not already know about Statkraft’s business, he got to know after the conversation with CEO Christian Rynning-Tønnesen who met Schwarzenegger after he had left the stage.

One of the key messages ex-governor had with him was that you cannot threaten people to help in the fight to save the climate. You have to tell them about the opportunities and the positive effects of climate change, such as job creation, security and better health.

"I loved every exercise when I trained five hours a day, because I knew that it brought me closer to being the world's best. The same applies if we have a vision for climate work, then we can succeed because we want it", underlined Schwarzenegger.