Travelling in the service of CSR 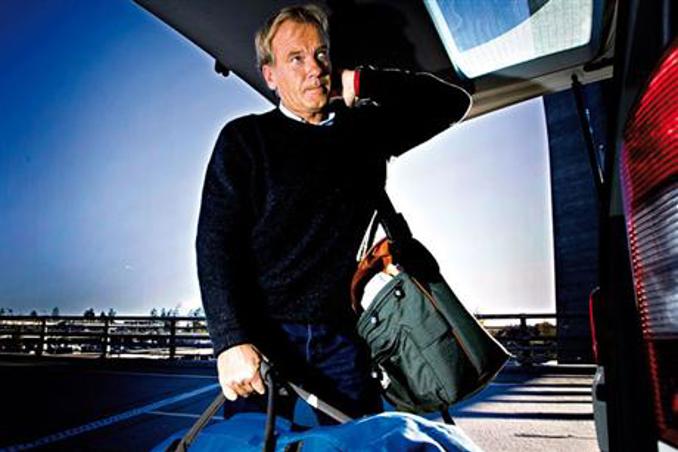 This is how we are used to seeing him, travelling from disaster area to disaster area for the Red Cross. Now, Halvor Fossum Lauritzsen is working on…

One of the world’s most experienced emergency relief workers has become the head of environment and corporate social responsibility in SN Power.

When Halvor Fossum Lauritzsen was working as an international emergency relief coordinator in the Red Cross, he was considered one of the most experienced in the world in his field. Through a number of years, he has led some of the Red Cross’ largest relief operations in countries such as Iran, Congo, India, Indonesia and Pakistan. In 2005, he was hired by the UN relief organisation to assist in the work to reform the UN’s humanitarian work. Last year, he was headhunted to the position of vice president Environmental and Social Programs in SN Power.

- The company’s objective, to spearhead renewable energy outside of Europe and its focus on ethics and long term ownership appealed to me, says Lauritzen. Hydropower is new to me, and I was also impressed with how much the world appreciates Norwegian hydropower expertise. It is quite impressive.

As the former head of the international Red Cross’ large relief operations, often in conflict areas, he has expertise of a completely different kind, an expertise he benefits from as head of CSR in SN Power. - In large humanitarian operations, it is especially important to read the political situation in the country in which you operate. This is a precondition for establishing good and stable cooperation conditions. With projects in several countries, many with grave poverty and political instability, SN Power is facing many of the same challenges.

In addition to the relationship with regional and national authorities, SN Power works closely with local suppliers, sub-suppliers and owners. - We demand that the companies we work with adhere to the same guidelines we do in connection with human rights, anti-corruption, environment and employee relations, says Lauritzsen. However, we must also take into account cultural differences. Our goal is to find a common platform we can base our work on, without compromising our standards.