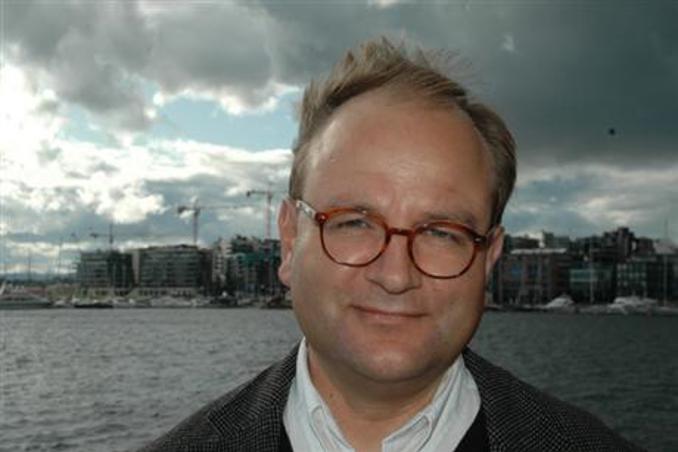 - It’s absolutely necessary for the world to agree on a limit to the amount of carbon we deposit in the atmosphere, or there will never be an efficient climate policy. So says the well known economist and expert on climate change, Ottmar Edenhofer.

Edenhofer is one of experts connected to the UN panel on climate change, who recently visited Norway, and got to know Statkraft's projects on hydropower and osmotic power. He is sure about what is needed to cope with the climate crisis.

- What we have to do in the near future is to secure an international agreement on a carbon budget, says Edenhofer. We must agree on how much we can deposit in the atmosphere for the next fifty or hundred years. Then we can find a way to distribute this budget across the nations.

- Based on this allocation rule we should agree on a global emission trading scheme. This scheme will lead to an increase in carbon price, which will promote renewable energy and energy efficiency, but without the negative side effects.

The dangers of renewable energy

Ottmar Edenhofer is co-chair of Working Group 3 on the Intergovernmental Panel on Climate Change (IPCC). This group deals with mitigation of climate change, the costs of mitigation, and the different ways of limiting or preventing greenhouse gas emissions.

Amongst the things the group discusses are use of renewable energy and the dangers of lower energy prices. - Without a carbon budget, a rising share of renewable sources leads to a decline in fossil fuel prizes, Edenhofer says. Emerging economies like China and India will increase their use of fossil fuels, because they haven’t accepted the quotas.

With the UN Climate Change Conference in Copenhagen coming up in December, Edenhofer believes that what is needed is a twofold strategy; First of all, an agreement on the carbon budget must be in place. On the other hand, he thinks it is necessary to promote energy efficiency, renewables, carbon capture and storage.

For Edenhofer, it’s essential to get the policy in place as soon as possible. But he is not sure that the necessary steps will be taken this December. - That kind of international agreements are always a very tough task. And based on a probability calculation, I would say that the probability is not very high.

- Nevertheless, there is a strong recognition that humankind has to deal with climate change, that climate change is real. So I believe that in the end we will get such an international agreement. Sometimes it’s not wise to calculate probability.